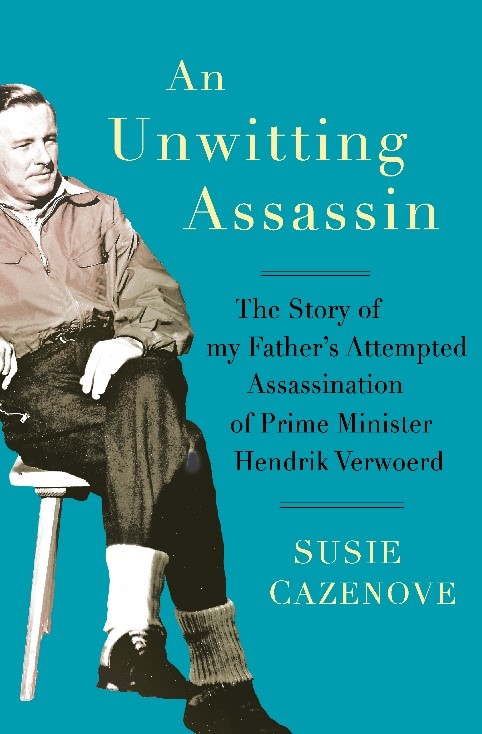 “The raucous wail of sirens pierced the quiet Saturday afternoon, making me drop my book and rush outside to see what drama was taking place. A fleet of cars, their sirens screaming, roared along Oxford Road two hundred yards from our house. I stood on the lawn wondering what on earth it was because sirens were rarely heard near our home. I went back inside; the commotion was over. But within half an hour our telephone started ringing non-stop . . .”

9 April 1960 was the day that changed Susie Cazenove’s life – the day her father, David Pratt, shot the Prime Minister of South Africa, Dr Hendrik Verwoerd. Verwoerd, commonly known as the architect of apartheid, didn’t die, but Pratt’s family lived with the legacy of his action.

A chance encounter with the late David Rattray of Fugitive’s Drift led Cazenove to revisit the memories of that terrible day. With Rattray’s encouragement she put pen to paper to describe the extraordinary events of that day and its consequences. Part family memoir, part ode to the settlement of Johannesburg, Cazenove skilfully weaves her family history and the mood in South Africa in the 1950s and 60s as a background to what may have led her father, a farmer and gentle man, to commit a treasonous act.

Susie Cazenove was born and brought up in South Africa before moving to the United Kingdom with her English husband. A successful safari tour operator specialising in trips to South Africa and Africa, Cazenove is also the author of Legendary Safari Guides. An Unwitting Assassin is her most personal book to date.